Our homestead, Our links

At about 24 square feet, the Gypsy Junker, made primarily out of shipping pallets, castoff storm windows and a neighbor’s discarded kitchen cabinets, is the largest of Mr. Diedricksen’s backyard structures. The Hickshaw, a sleeper built on a rolling cedar lounge chair (or as Mr. Diedricksen calls it, “a rickshaw for hicks”), is considerably smaller, at 2 1/2 feet wide by 6 1/2 feet deep. The Boxy Lady, two cubes on a long pallet, is the smallest: 4 feet tall at its highest point.

At least this house won’t lose $2k of worth each year.

I don’t know all the components of a good teacher (or a good presenter), but certainly a necessary element of good teaching is curiosity. That is, demonstrating our own curiosity and inspiring and cultivating the natural curiosity in others. The ineffective teachers are the ones who have lost their curiosity and sense of wonder for their subject or even for their job. You can’t fake curiosity and wonder. The best teachers are the ones who show their own desire to learn more about their subject and who are not afraid to show mistakes or admit that they don’t know it all. The best teachers guide, coach, inspire, and feed that natural flame of curiosity that lives within every child. The courage to teach, then, is the courage to expose yourself as you demonstrate your curiosity and wonder for your subject. This kind of passion is infectious (and memorable).

I, Cringely » Blog Archive » Attack of the Minis – Cringely on technology

Now imagine a supercomputer built from Light Peak-equipped Mac Minis.  You’d unpack the Minis, plug them into power, plug them into each other with one Light Peak cable each, then load your software in one of the Minis, reboot them all and go out for a frosty beverage. That’s it, thanks to Light Peak, xGrid, and Grand Central Dispatch.

Wells Fargo did not respond to the QWR, so Patrick filed a claim in small claims court where he represented himself after no lawyer would take his case and Wells Fargo sent no representation, thus a default judgment for $1173 was granted (which he eventually recovered). But still, no response to his letters or change to his premiums, both of which were legally required.

Patrick didn’t quit. He filed for a Sherrif’s levy on the local Wells Fargo branch that had ignored him over these past years. By paying a simple $50 deposit for administrative costs, showing the county clerk his default judgment, he got the Writ of Execution, Instructions for Levy, and a handful of Sheriff’s Sale posters to put up around town.

Patrick happily hung the posters around town and sent copies to the media.

I wish they wouldn’t use comic sans, but still a good resource.

DES MOINES, Iowa — A standout Iowa high school wrestler refused to compete against a girl at the state tournament on Thursday, relinquishing any chance of becoming a champion because he says wrestling a girl would conflict with his religious beliefs.

The 15yo boy was home-schooled. Shocking. 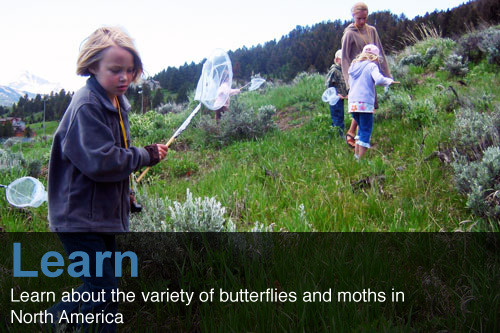 One of the lean startup techniques I’ll be discussing at this week’s session at the Web 2.0 Expo is called continuous deployment. It’s a process whereby all code that is written for an application is immediately deployed into production. The result is a dramatic lowering of cycle time and freeing up of individual initiative. It has enabled companies I’ve worked with to deploy new code to production as often as fifty times every day.

The Periodic Table of the Elements is one of your best tools for working chemistry problems and making predictions about the properties of the elements. Most of the time, I use the online periodic table, since clicking on a symbol gives detailed element facts that you can’t get on a single printed sheet of paper. However, sometimes it’s really nice to be able to print out the table. Here are a few printable periodic tables for you. Please feel free to download these to your computer, print them, and use them as hand-outs.

The atomic weights given on these tables are the most recent (2007) values as accepted by the IUPAC. Adobe Acrobat Reader is needed to open and read pdf files (free download).

Stay up to date on the latest chemistry news, learn chemistry, and get instructions for chemistry projects. Sign up for our free newsletter today!

In case you hadn’t noticed. We’ve been trying to figure out what to do about the Disk subsystem IO problems we have been having. We spent many hours talking to vendors, trusted advisers (ok REAALY smart people who were more than willing to help us – and more importantly put up with our questions), and each other trying to find the best solution for us. Well, I’m happy to say we have found a solution that will fit the bill just perfectly!